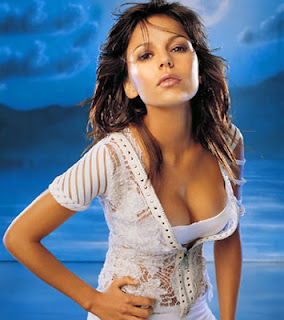 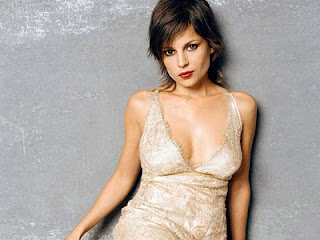 For many of those who realize their calling in life at an early age, the world is wide open with success and opportunity at every turn. When Spanish actress Elena Anaya felt that her talents gravitated toward a life on the stage and screen, the aspiring young actress spared precious little time in getting herself prepared for life in the limelight -- a fact that no doubt played a part in her being named one of European Films' Shooting Stars during the 2004 European Film Promotion campaign. A relatively new face to stateside audiences at the time of her international debut in 2004's Van_Helsing, Anaya was soon climbing the latter to international success with subsequent roles opposite such screen heavies as Gary_Oldman (Dead_Fish) and Viggo_Mortensen (Alatriste).

A native of Palencia, Spain, whose early childhood was spent practicing karate at the Okinawa Gymnasium and climbing mountains, Anaya opted out of Cadiz School in 1996 -- choosing instead to join the Real Escuela Superior de Arte Dramático de Madrid and study under actor Manuel_Morón. Following her feature debut in the 1996 drama África, Anaya continued to impress with supporting roles in such features as Black_Tears and Wiped-Out Footprints. A turn opposite handsome Spanish leading man Eduardo_Noriega in the 2000 romantic drama El Invierno de las Anajanas showed great promise for the burgeoning actress, with a role in the erotic arthouse drama Sex and Lucia earning her a Goya nomination for Best Supporting Actress. As her profile continued to increase thanks to roles in such features as The Blue Room and Pedro_Almadóvar's Talk to Her, it seemed only a matter of time before Anaya's popularity went international. Though her role as Dracula's most possessive bride in 2004's Van_Helsing may have offered her little chance to shine amongst the massive CG-overload, audiences could rest assured that they would be seeing plenty more of the Spanish beauty when it was announced that she would be appearing in both the 2004 action comedy Dead_Fish and the 2005 period adventure Alatriste. Jason Buchanan, Rovi
Email ThisBlogThis!Share to TwitterShare to FacebookShare to Pinterest